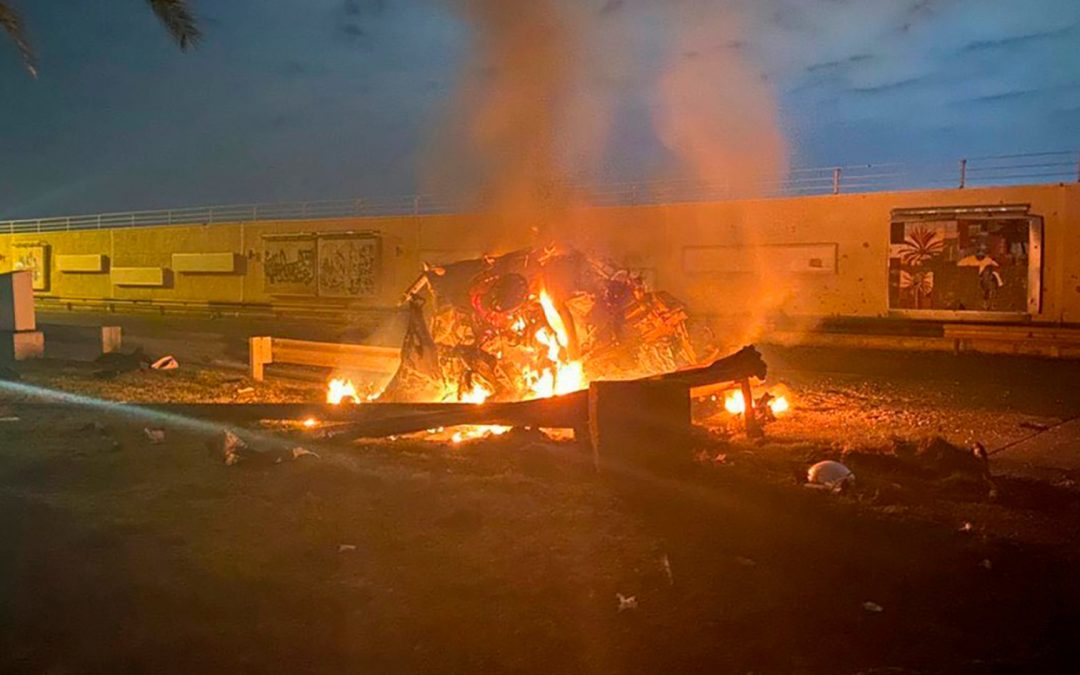 The attack on and confirmed the killing of Suleimani has proven to be a pivotal point in the Middle East.
On 03JAN20 a drone fired 3 missiles at an unmarked convoy in vicinity of Baghdad International Airport.
Qassim Sulemani, the leader of the Islamic Revolutionary Guards Quds Force, was killed along with several officials from Iraqi militias backed by Tehran when an American MQ-9 Reaper drone fired missiles into a convoy that was leaving the airport.

Sulemani was the architect of nearly every significant operation by Iranian intelligence and military forces over the past two decades, and his death served a staggering blow to Iran at a time of sweeping geopolitical conflict.

Suleimani, who led the Islamic Revolutionary Guards Corps’ Quds Force, a special forces unit responsible for Iranian operations outside Iran’s borders, was long a figure of intense interest.
He was not only in charge of Iranian intelligence gathering and covert military operations, but he was also regarded as one of Iran’s most cunning and autonomous military figures. He was also believed to be very close to Ayatollah Khamenei and was seen as a potential future leader of Iran.

The United States and Iran have long been involved in a shadow war in battlegrounds across the Middle East — including in Iraq, Yemen and Syria. The tactics have generally involved using proxies to carry out the fighting, providing a buffer from a direct confrontation between Washington and Tehran that could draw America into yet another ground conflict with no discernible endgame.

Unsurprisingly tensions after the attack hit an all-time high with fears that retaliatory strikes would be affected either by Iran or its proxies with the possibility of another full-scale military conflict. Iranian leaders assured that there would be strikes affected in response to the US drone strike. The international community reacted with a great deal of concern and issued statements urging restraint and the use of diplomacy to rectify the situation.

5 days after the drone strike, a series of Fateh-110 ground-to-ground missiles were launched against US forces based in Iraq, the first direct engagement between Iran and the U.S. since OP PRAYING MANTIS in 1988. There were no casualties from Iran’s missile attacks on the U.S. forces in Iraq. Leaders from both countries seemed reluctant to further escalate the conflict.

To date, no direct conflict has occurred and with multiple nation-states pushing for peace and restraint in an already war-ravaged region, diplomacy seems to have won out for the time being.